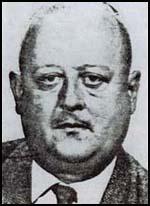 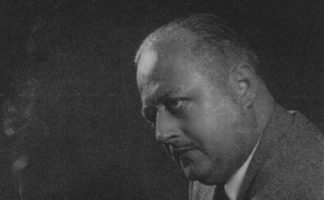 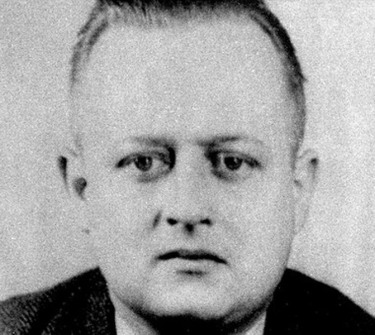 William King Harvey joined the F.B.I. in December 1940 and enjoyed a distinguished career throughout World War II and its immediate aftermath.  Shortly after the war he joined the C.I.A. after refusing a demotion and relocation. Harvey’s C.I.A. career began with his founding of Staff D, the electronic surveillance branch of the Clandestine Service Division.  The very stringent restrictions on clearances for COMINT (communications intelligence) made FI/D especially well suited to house sensitive operations that CIA officials, with Harvey being in charge, wished to conceal from the rest of the Agency.

From 1952 to 1960, Harvey was posted to West Berlin as chief of base, where he led the operation that built a tunnel to the Soviet sector to spy on their communication channels.  Returning to the States he started on other projects. The most notorious of these projects was ZR/RIFLE, Harvey’s program for “Executive Action Capability.” Harvey’s Staff D controlled the CIA-Mafia assassination plots and it controlled the LI/ENVOY intercept intake inside the Mexico City Station.To vanquish Fidel Castro, Harvey decided he needed to employ the resources of the American Mafia. Aided by fellow CIA agent Robert Maheu, who had close relationships with major organised crime top figures, Harvey ended up only using John Roselli.

In 1962, appointed by Ed Lansdale, William King Harvey served as chief of Task Force W, the C.I.A.’s anti-Castro operation. Harvey’s brief was to organise a broad range of activities that would help to bring down Castro’s government. Harvey was also involved in Operation Mongoose, a CIA operation run from Miami, Florida that ran various attempts to undermine or overthrow the Cuban Revolution.  At the height of the Cuban Missile Crisis in October 1962, Harvey sent ten intelligence operatives into Cuba to gather intelligence and prepare for an invasion Harvey thought inevitable. The unauthorised operation tarnished Harvey’s reputation. Harvey lost his job after a profane outburst against  Attorney General Robert Kennedy.

He was assigned to Rome as station chief in 1963 following a punitive administrative post at CIA headquarters. He did not last long in Italy either due to his drinking and his subsequent deteriorating health. After going back to the U.S.A. he briefly headed a  CIA headquarters unit on possible countermeasures to electronic surveillance, again due to his health he quit the C.I.A. in January 1968.

When Congress investigated JFK’s assassination in the 1970s, the C.I.A. pulled a 123-page file on Harvey’s operational activities.

In 1975, he testified before the Church Committee on some of the C.I.A.’s past operations.

Harvey died in Indianapolis, where he had moved to after retiring from the C.I.A. on June 9, 1976 from a heart attack, only 60 years old..

Thanks to Malcolm Blunt we can share a nice hefty set of documents on Harvey and ZR/RIFLE.

Sadly there are not that many photographs available, even less on video, but this find by Jeff Morley at JFKFacts is such a beaut that any visitor to this page who hasn’t seen this before really should.