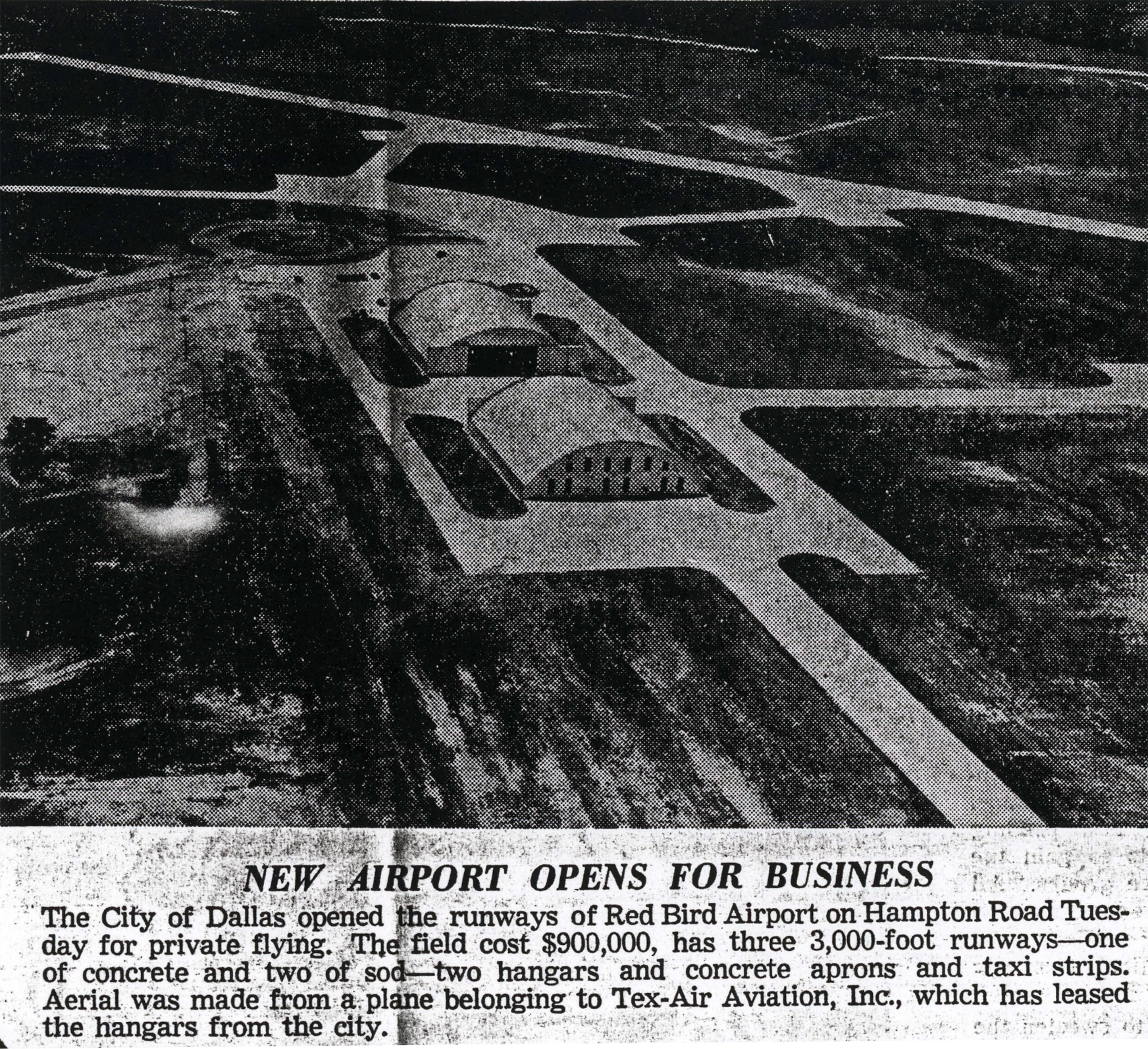 we at DPUK, have the pleasure to share an impressive and above all a well researched article entitled “Red Bird Airfield Leads”.

The research for this article on Red Bird was originally started by former and sadly departed DPUK member Matthew Smith and eventually picked up by Larry Hancock and David Boylan. We owe Larry and David a great deal of gratitude for picking up on this most interesting topic and give us the opportunity to share this with you. Take it away lads!

In the early 1960s, Wayne January operated an aircraft servicing and sales company at Red Bird airport in Dallas. During the week leading up to President Kennedy’s assignation he experienced two incidents which he would come to connect to the attack on the president. One of them he felt serious enough to report directly to the FBI and he was interviewed on that incident. During the interview the FBI agents appeared to him to minimize his remarks, being more interested in his possible visits to the Carousel Club and any sign of an association with Jack Ruby.

Later January would be surprised to learn that the agents had listed a date for the incident as being months in advance of the assassination, other than two to three days. Given the FBI’s initial lack of interest and January’s own personal concerns about the second incident, involving the sale of aircraft to what we now suspect was the Central Intelligence Agency for covert operations, January spoke to no one any further until eventually contacted by British assassination researcher Matthew Smith. Smith spent years in various discussions, gaining his trust and not only exposing the FBI mis-recording of the date in their initial contact with January, but ultimately sharing information about the second incident of that historic week.

Matthew Smith researched and wrote about both the incidents experienced by January, receiving certain specific information only from January’s wife following his passing. Given Smith’s original work in bringing January’s information to the public, we are happy to salute that work and carry it forward in this paper.

The header photo is from the Dallas Morning News June 2nd 1948.

The background photo is from the KXAS/NBC5 News Collection housed at UNT.