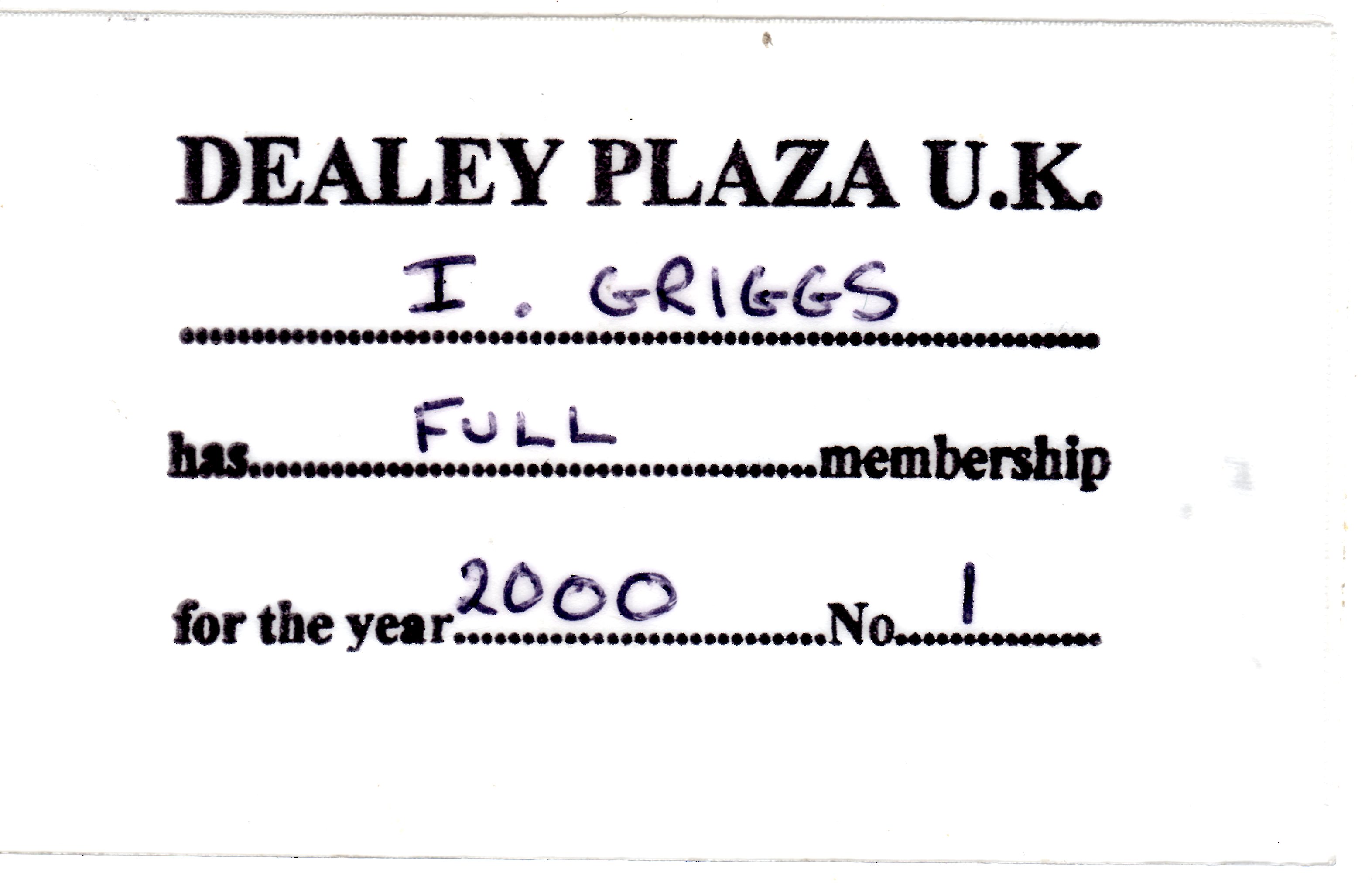 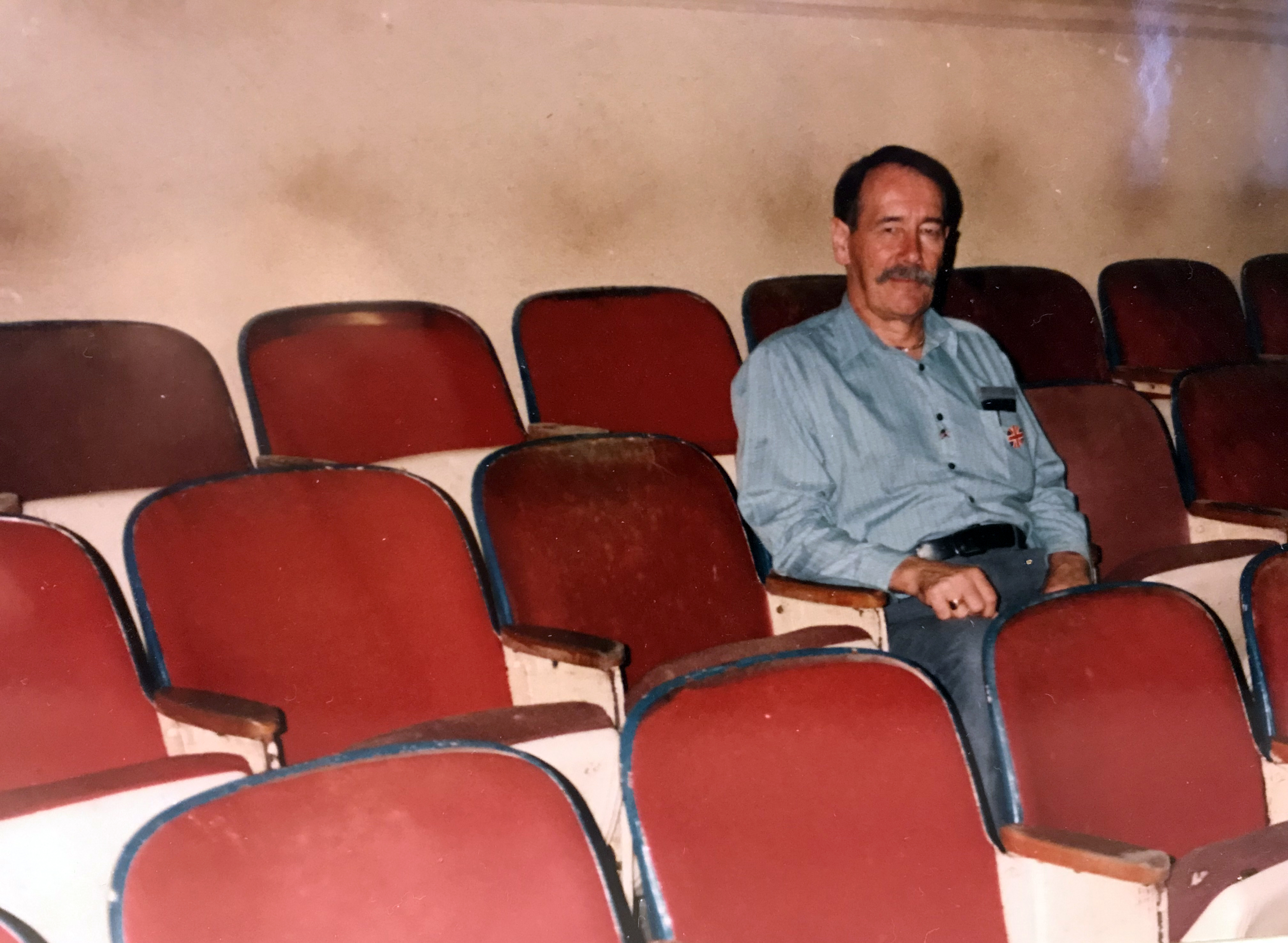 I regret to inform all students of the JFK Assassination that Ian Griggs has passed away this morning, peacefully in his sleep.
At his nursing home, he had a bad cough for a number of weeks and the doctor arranged for an x-ray at hospital. The x-ray found fluid on a lung, but they also had others concerns.  A subsequent scan revealed a large tumour in his abdomen.  They are not sure how long he had had it or why it wasn’t diagnosed previously.
Based on the medical advice, taking into account his already weak condition, it has been decided that he would not receive any treatment to tackle the tumour. On balance, the treatment would not have improved his quality of life and it would probably have caused him unnecessary pain and distress.  On Wednesday 15th May, he was moved into a Palliative Care unit in hospital.  There he was made comfortable and was free of any pain until he passed away. 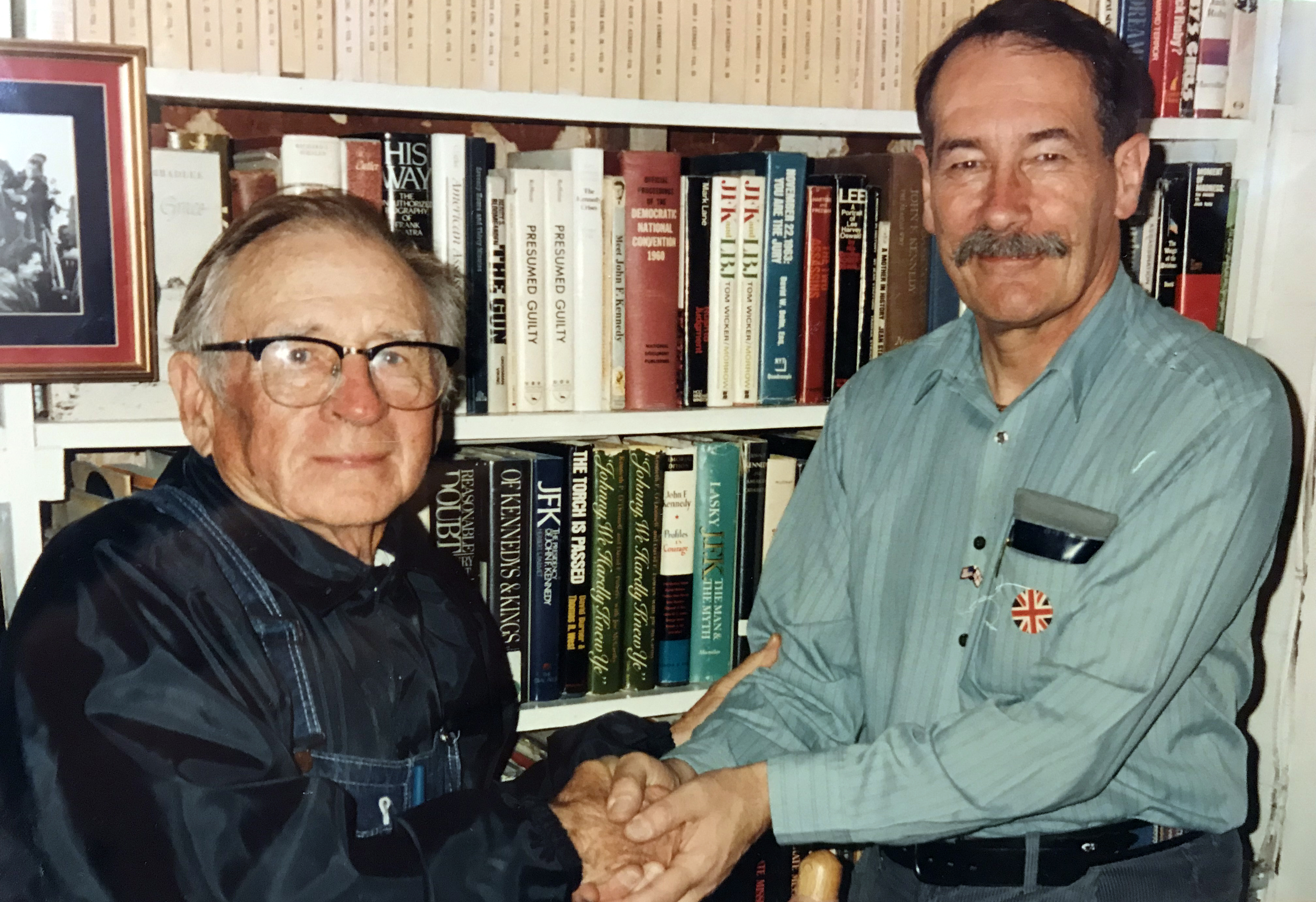 Ian Griggs was born at Hornchurch, Essex, in 1939. Griggs was a Ministry of Defence Police Officer (1971 to 1994). He has been involved in researching the assassination of John F. Kennedy since 1966. Shortly after he founded Dealey Plaza U.K.

Griggs has visited Dallas on fifteen occasions and has travelled extensively throughout the United States in order to study the case. He has met and liaised with numerous eyewitnesses to the assassination, fellow researchers, journalists, police officers, authors, etc. in the USA, Canada and Europe.

In 1993 Ian Griggs appeared on BBC-TV Breakfast Time. He was also a guest on the live San Francisco cable TV show Assassination Update and at other times on various US television and radio stations. In 1994 Ian Griggs was a member of the International Perspectives panel at the Assassination Symposium on John F. Kennedy (ASK) held in Dallas, Texas.

Ian Griggs presented major research papers to the COPA Conference in Washington DC in October 1995, to the First Conference of The Fourth Decade in Fredonia, NY in July 1996 and to five November in Dallas conferences of JFK-Lancer in Dallas (1996-2000). In 1998 he received the JFK-Lancer New Frontier Award “in appreciation of his contribution of new evidence and furthering the study of the assassination of President John F. Kennedy.”

Ian Griggs has had five major articles published in leading US journal The Fourth Decade and is a regular contributor to the quarterly US research journal The Assassination Chronicles. He has contributed research articles to US journal JFK/Deep Politics Quarterly and to British journals Dallas ’63 and The Dealey Plaza Echo. He has also contributed research articles to internet journals Fair Play Magazine, JFK: The Voice of Reason (UK) and JFK Link (Australia). His comprehensive research manuscript on the assassination, Kennedy Assassinated! – Oswald Murdered! was published in Dallas in November 1994. It deals with the manner in which the British media handled the news of the two killings in November 1963.

Ian Griggs conducted audio and video-recorded interviews of several witnesses including Shari Angel, Beverly Oliver, Bobby Hargis, Johnny Calvin Brewer and Bill Newman. Transcripts of the Newman interview was included in the 1998 book November Patriots by Constance Kritzberg and Larry Hancock. He has also conducted UK-based research on behalf of US author/researcher David Lifton. His article The President, the Press and the Patsy was included in the Commentary and Theory section of Specter of Treason by J.E. Ballantyne, Jr. in 1997.

Ian Griggs was advisor to the BBC Radio 5 Conspiracy Theories programme (20th September 1998). He was also advisor to Principal Films (UK) on the Dealey Plaza segment of their It Happened Here TV series, that was shown in 2002. A collection of articles on the assassination of John F. Kennedy, appeared in his excellent book No Case to Answer (November, 2005).

The funeral arrangements will be made in the next week or two and will probably take place in mid-June.  I will pass on the details as soon as they are known.

Thanks to Steve Griggs for some of the text and Spartacus International.

Add on May 31st 2019. BlackOpRadio has done a segment on remembering Ian Griggs. Click HERE to listen to it.