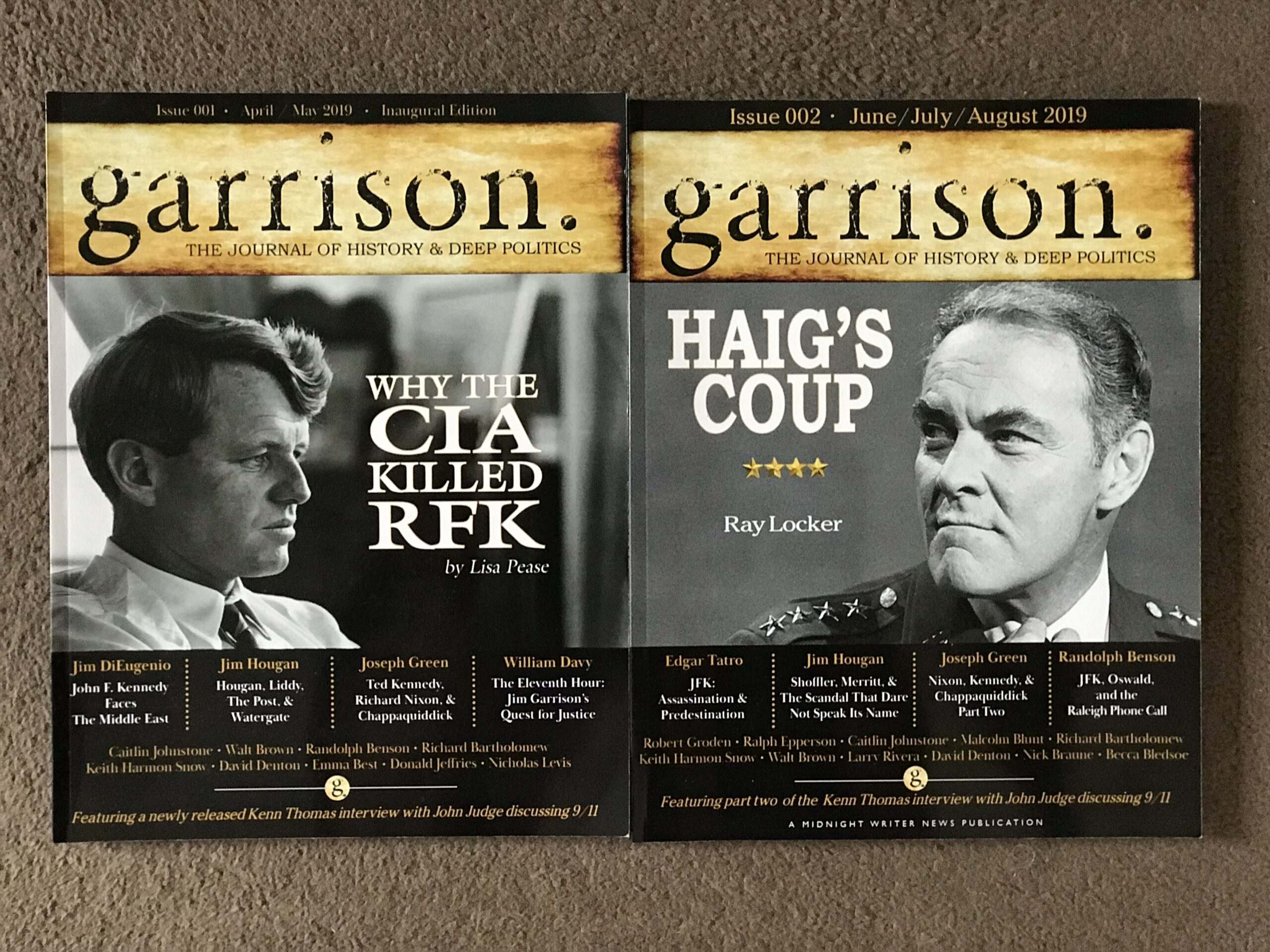 Lately we came across a new magazine, named after New Orleans D.A. Jim Garrison. It is run by S.T. Patrick who some of you may know from Midnight Writer News, the website that has many researchers talk about their work n various big historic events.

For a full listing of each issue’s content and how to order please read on.

The cover story: “Why the CIA Killed JFK” by Lisa Pease

“JFK in Springfield” by S.T. Patrick

“As Families Sometimes Do: It’s Up to You” by Randolph Benson

“The Personnel File of William Harvey” by Prof. David Denton

“Hougan, Liddy, the Post, and Watergate” by Jim Hougan

“The Hilo Tribune Herald Warning: A Commentary” by Douglas Horne

“The Disgraceful History of U.S. Government Experimentation” by Donald Jeffries

Jim Hougan, “Carl Shoffler, Robert Merritt, and the Scandal That Dare Not Speak Its Name”

Caitlin Johnstone, “The Illusory Truth Effect: How Millions Were Duped by Russiagate”

Robert Groden, “How Gerald Ford Sold Out the Country and the Memory of President Kennedy”

This magazine is perfect for a relaxing read either in transit or on the beach, I highly recommend it.

Both issues of Garrison Magazine can be ordered in print or electronic form from this web page.